An important aspect of fertilisation in mammals is the protein network communication between the egg and sperm. These protein complexes undergo crucial changes and rearrangements during sperm movement through the female reproductive tract, where sperm maturation takes place.

Only quality sperm are able to undergo these key changes and thanks to the acrosomal reaction, penetrate the egg envelope. “Within the project, we studied behaviour and dynamics of proteins during the sperm maturation and acrosomal reaction. During this process, sperm head membranes fuse leading to the controlled exocytosis of enzymes. At the same time, the protein relocation to the site of sperm-egg membrane fusion takes place,” says the principal investigator of the project funded by the Grant Agency of the Czech Republic, RNDr. Kateřina Komrsková, Ph.D. 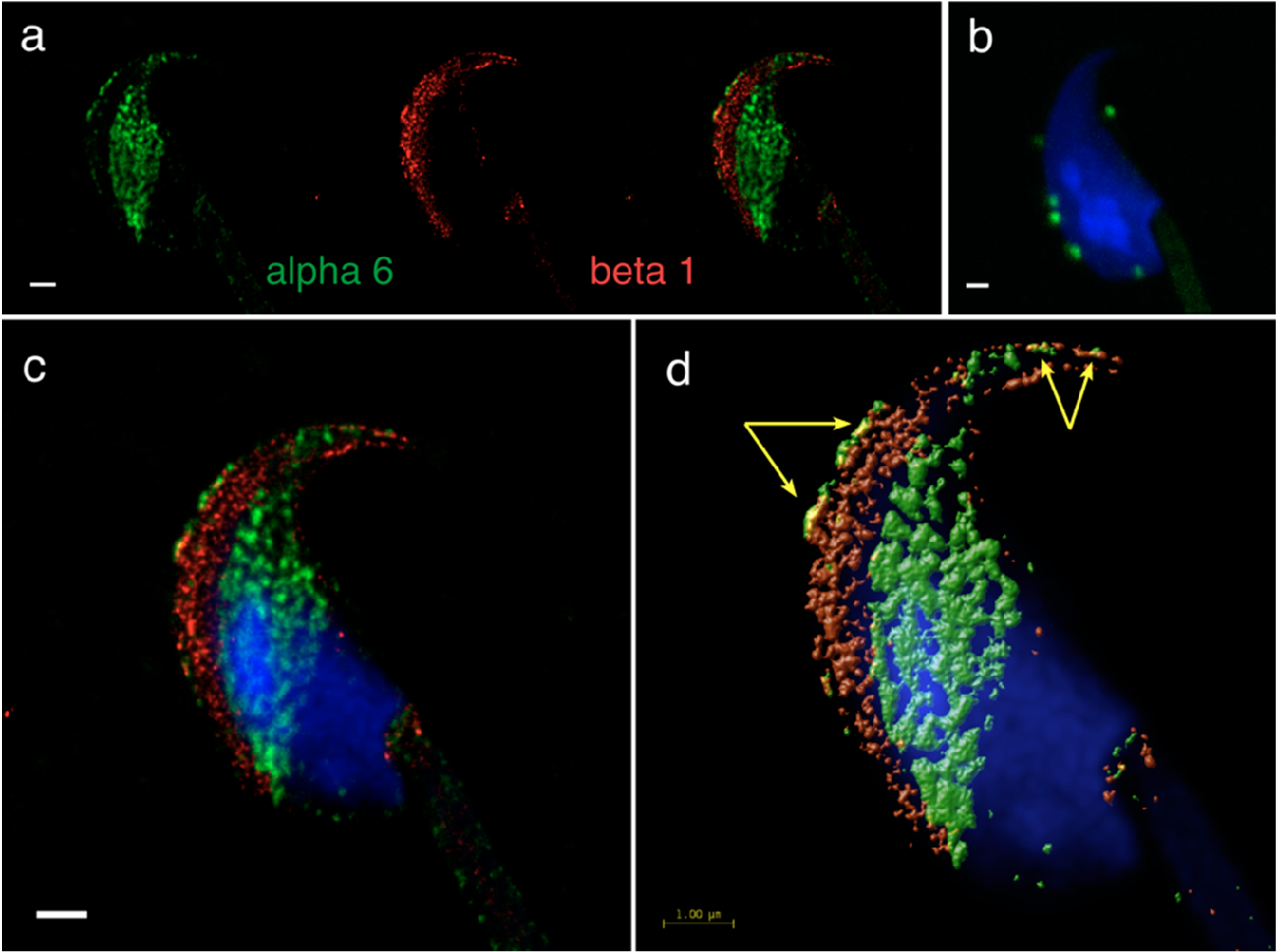 Her team found that within processes prior fertilization, dynamic behaviour of proteins, which belong to tetraspanin and integrin families is species-specific in many aspects. For example, in humans this reflects many of the sperm pathologies.

Part of the project was to provide an overview of the active dynamics of protein-protein interaction and structural network involved in the intricate process of germ cell membrane fusion. The project has significantly contributed to defining new aspects of the role of tetraspanins (CD9, CD81, CD151) and newly localised integrin heterodimers (alpha6/beta4, alpha3/beta1, and alpha6/beta1) on sperm and has demonstrated their indispensability in the fertilisation process.

According to Kateřina Komrsková, based on these discoveries it is possible to proceed to applied research that could help to clarify and diagnose human infertility. Also it has potential to increase fertility of breeding livestock, such as pigs and bulls.

“Our effort was focused on deliveries that have fundamental overlap into assisted reproduction, not only in human medicine, but also in veterinary practice,” says RNDr. Kateřina Komrsková, Ph.D., Head of the Laboratory of Reproductive Biology at the Institute of Biotechnology of the Academy of Sciences. According to her, the biggest challenge was to obtain sufficient quantity of human material (sperm and eggs), that were used with donor consent and in accordance with approval of the ethical committee. Localisation and interaction of CD151 and α6 integrin subunit in mouse epididymal sperm.

An average of five experts, technical staff and students were actively involved in this three-year project, which contributed to the implementation and completion of three PhD theses, five master theses, and helped to guide several bachelor theses. The project as well contributed to determine research careers of four postdocs. Foreign cooperation was also important; eight foreign departments were involved in different parts of the project and know-how was shared.

The team led by RNDr. Kateřina Komrsková published an impressive 19 publications about their work in journals with impact factor, and 18 of these publications with exclusive dedication to this project supported by the Grant Agency of the Czech Republic.

The publications brought new valuable international collaborations that have emerged over the course of the project as a result of the publication activity. “These collaborations are ongoing, developing and extending. It is valuable that many of these collaborations were initiated by a foreign group that approached us based on our publications. Some of published data were presented as invited lectures at international conferences and prestigious academic seminars,” says Komrsková, who is currently working on three other projects related to reproduction and infertility.