AIDS is one of the most serious diseases having claimed more than 35 million lives so far.

The causative agent is the Human Immunodeficiency Virus (HIV), particularly the variant HIV-1. Despite the great effort of leading vaccine experts, efficient protection in the form of vaccine triggering suppression of HIV-CD4 cell fusion and its further propagation has not been developed yet. Such vaccine should protect host cells from HIV-1 virus attack and block spreading and expansion of HIV-1 leading to the development of immunodeficiency and subsequent life-threatening infections or malignant complications.

There are several causes of extremely difficult neutralization of HIV-1 by host immune mechanisms. The virus contains surface proteins called Env, which are heavily glycosylated during posttranslational modification in infected host cells. Glycosylation protects functional domains on Env, such as those involved in binding and entry of HIV to target T cells, from neutralization by most of the known neutralizing antibodies. However, the number of Env proteins on the HIV-1 surface is low and thus the immunogenicity for B cell response is limited due to the absence of crosslinking effect on B cell receptor. Besides, the Env protein changes its conformation by breathing and during initiation of contact with target cells. Nevertheless, the major obstacle is the enormous variability of functional HIV-1 and particularly its Env protein which allows successful escape from immune surveillance.

Crucial progress in HIV vaccine development was the identification of a limited set of monoclonal antibodies with broad and potent neutralization breadth. Such antibodies were prepared in the form of monoclonal antibodies (bn-mAB) by the use of peripheral blood B cells of "elite neutralizers" who are representing about 1 % of HIV-1 infected individuals. Bn-mAb effectively blocks entry of the virus into T cells. Molecular structure analyses of the bn-mAB identified the respective epitopes on HIV-I Env surface and revealed principle of their interaction. Some bn-mAbs neutralize up to 90 % of circulating HIV-1 variants.

It is currently accepted that effective preventative vaccine should elicit broadly neutralizing protective antibodies. Nevertheless, all vaccines tested in humans so far failed to elicit such broadly neutralizing antibodies. There are several causes of vaccine ineffectiveness: glycan shield protecting recognition of functional domains on Env, poor immunogenicity of glycan domains identified as a target for some bn-mAb, and autoreactivity of some bn-mAb associated with natural elimination of B cells which are producing their antecedent naive precursors during B cells negative selection in the bone marrow.

Now it seems that the development of the vaccine for HIV-1 could get further direction. The collaboration of Laboratory of Ligand Engineering with the team of prof. Milan Raška from Faculty of Medicine and Dentistry at the Palacky University Olomouc and team from Veterinary Research Institute in Brno, led to the identification of small binding proteins, which mimic the epitope for broadly neutralizing antibody VRC01 and which could overcome long term complications associated with low efficacy of the currently tested vaccine, particularly with poor production of broadly neutralizing antibodies in immunized volunteers. The novel and radical concept proposed by laboratory leaders consists of immunization with identified protein mimetic which represents novel antigen structurally independent of broadly tested recombinant Env proteins produced in mammalian expression systems to preserve necessary posttranslational modifications. Identified mimetics are proteins originally selected from highly complex combinatorial library and they can be easily produced in bacterial cultures.

Upon immunization of experimental mice, the appropriate combination of VRC01-targeted binding variants called VRA proteins induced serum antibodies which recognize Env subunit gp120 and neutralize 8 of 12 tested HIV-1 pseudoviruses. There is a potential that further molecular modifications of VRA proteins, optimization of immunization schemes and usage of more appropriate adjuvants will lead to enhanced production of HIV-1 neutralizing antibodies. Results of this study were published in EBioMedicine, premium journal for translated biomedicine, published by The Lancet group.

More information is available on:

The innovative concept for the development of vaccine against HIV is commented here:

The VRA proteins are subject of patent application - see 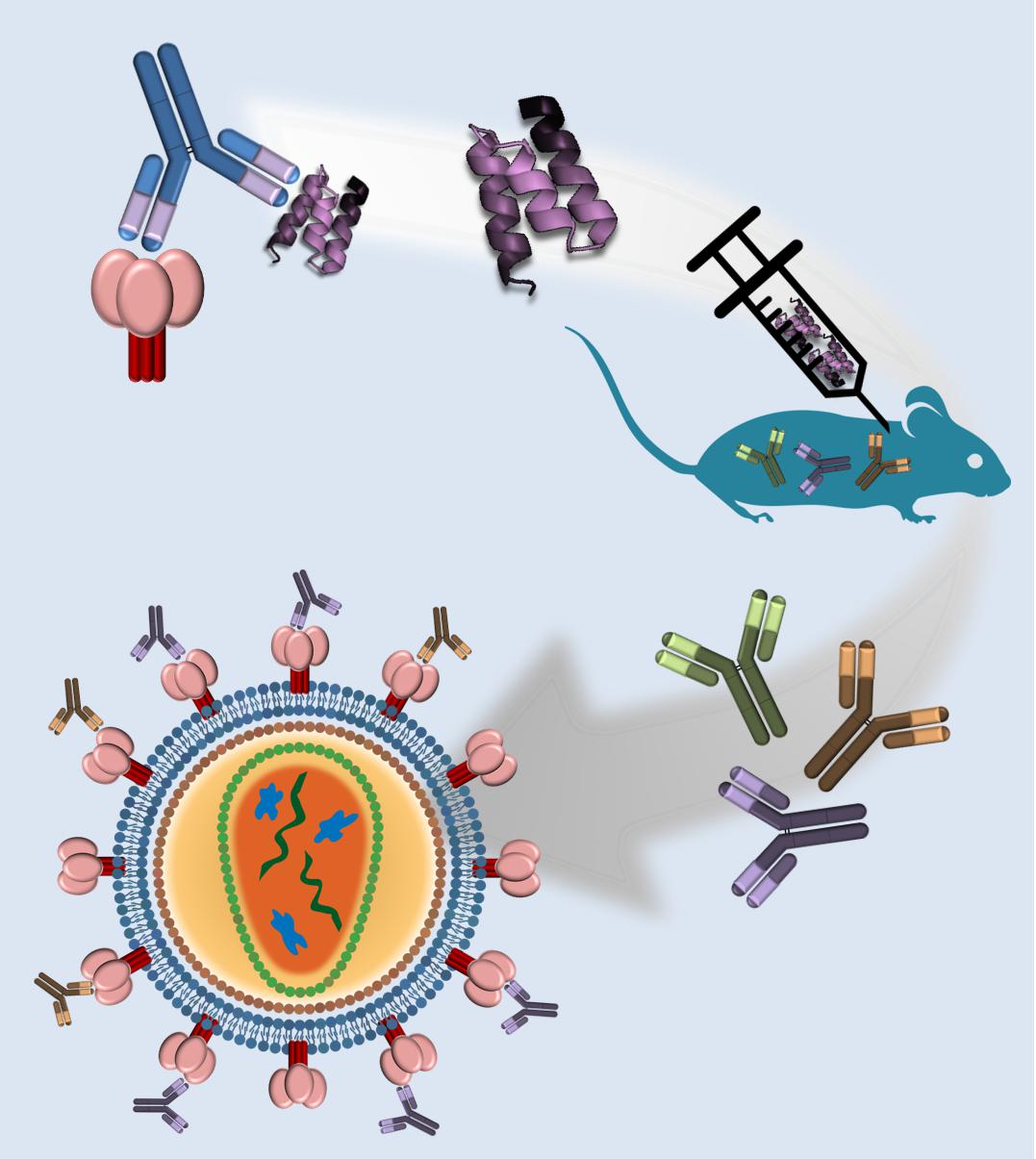